A couple portraits on 4x5 of Ed

Ed and I go photographing occasionally, and this time I asked for him to let me do a couple portraits of him. Both were shot on T-Max 100 with a 150mm Schneider APO lens. The first was at f/16, the second at f/11. I printed the first as an 8x10 for Ed and I'm pretty happy with the result. 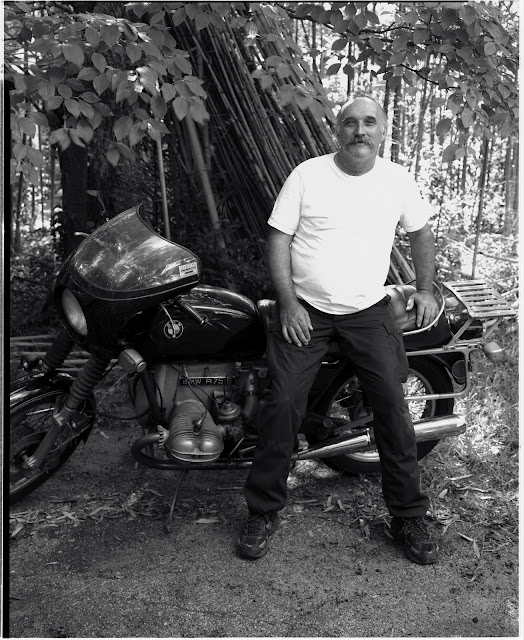 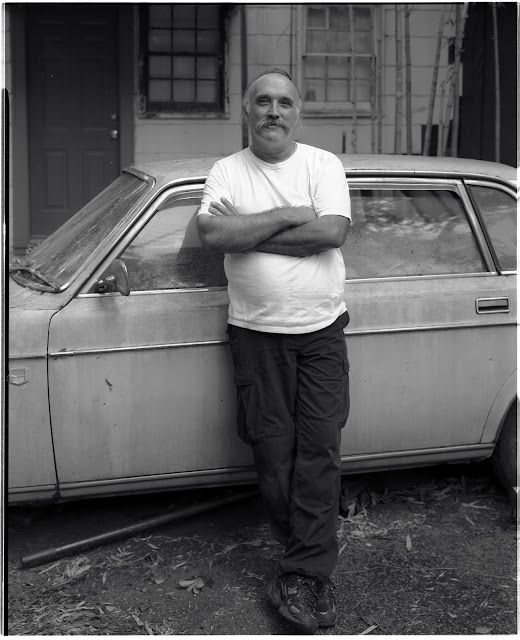 Posted by Bryan Garris at 7:26 PM No comments:

I've been a terrible blogger lately. I had an unscheduled trip though that took me out of town unexpectedly and then got sick, but finally I got to shoot some today. Here are two snaps of contact prints from 8x10 x-ray film - my scanner is currently disconnected so that's all I have. These were taken along what I believe is a tributary of the Withlacoochee, so I'm including it with the other project shots.

Both were taken with a 210mm Graphic Kowa at f/32. I added a little warm toning with my computer: 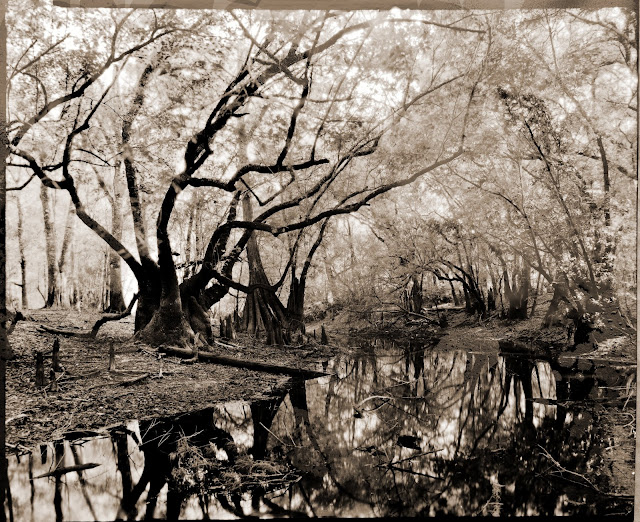 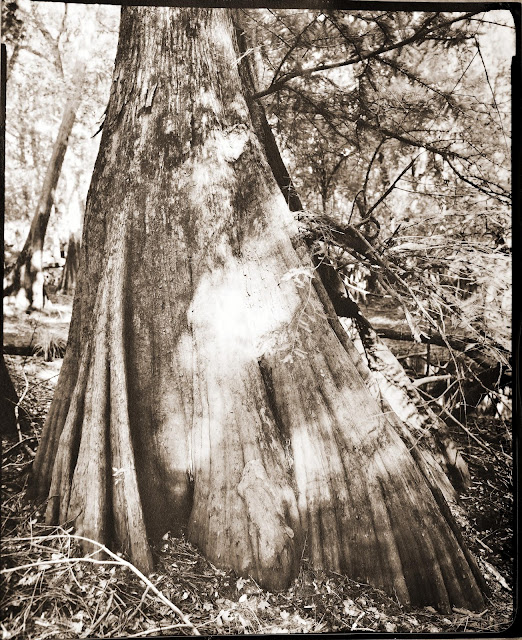 Posted by Bryan Garris at 2:38 AM No comments:

I've been a really bad blogger this past month. Only 3 posts the entire month! Well, I'm going to try to be better this month, though I am working so much lately on various projects I can't promise anything.

Well anyway for the first time last week I was able to shoot some 6x6 square images, both from an old Rolleiflex TLR and a Hasselblad 500c/m. The Rollei I was testing for a friend and the Hasselblad is a camera that I bought to resell. I had a lot of fun with the Rollei, and I'm hoping to get one. The Hasselblad, well I absolutely hated that camera. It just didn't gel with me. Too complicated to bother. I'd rather have a TLR.

Here are a selection of images, first from the Rollei. These were shot on Delta 3200 film. I scanned these with my Nikon D800E because my scanner is not currently hooked up and I didn't feel like messing with it. Also I left the film border mostly because I'm lazy: 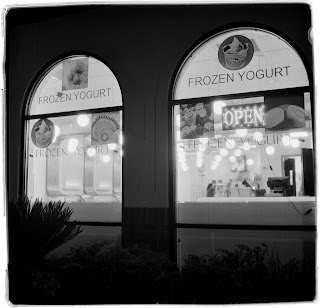 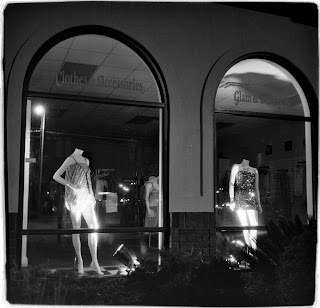 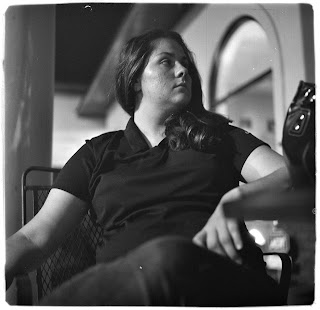 And here is some shots from the Hasselblad. These I took with a roll of Shanghai GP3 film that I was given. I developed it in XTOL. They look pretty good considering. I also let the DSLR do an auto white-balance which gave them so color, which I liked. These were taken around the VSU campus at night: 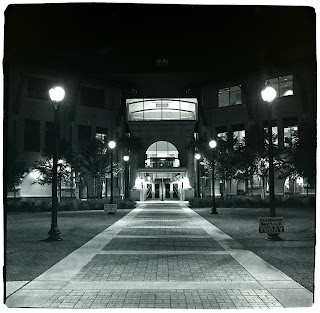 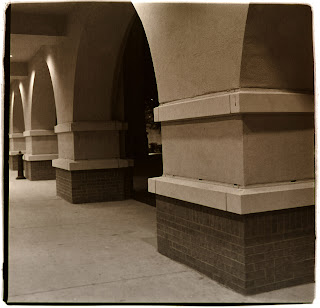 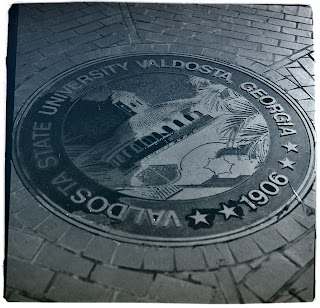 The Hasselblad photos are obviously technically better (it helps I was using a 100-speed film and a tripod) but the Rollei was so much more fun to shoot. Hopefully I can find one at a decent price.
Posted by Bryan Garris at 12:59 PM No comments: